The Black Madonna from Primal to Final Times [2020] 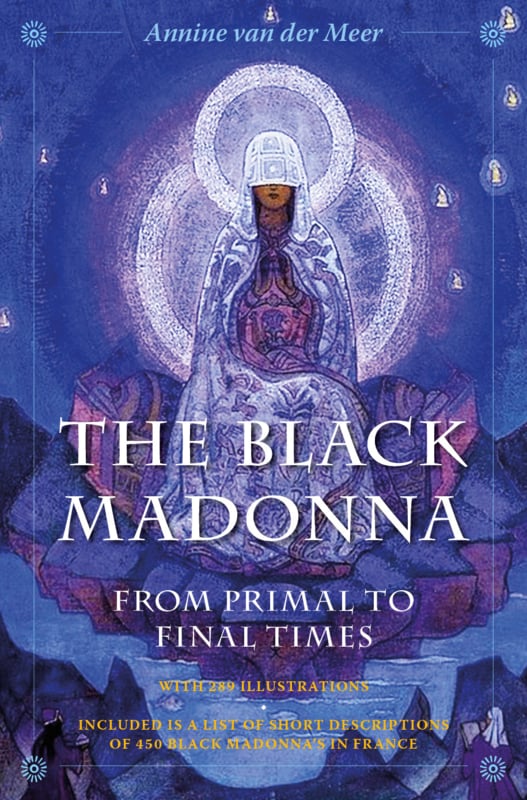 The Black Madonna from Primal to Final Times. The Mother of Light and Darkness and her daughter Mary Magdalene.
Included is a list of Short Descriptions of 450 Black Madonnas in France, Pansophia Press, The Hague, 2020

Why is it that France has a disproportionally larger number of statues of the Black Madonna than any other country? Why they are generally found in power spots in the countryside with an increased energy level? Why is in France the figure of the Black Madonna closely connected to Mary  Magdalene? Answers to these questions can be found in this book.

This book not only introduces scientific explanations for the earth’s higher level of energy in power spots with Black Madonna-statues, but also traces the Dark Mother in France throughout the ages and varying cultures. She is manifested in the Black Venus from primal times, in the Black Primal Mother Mari of the Basques, in the black Ancient Mother Ana of the Celts, in Oriental Black oddesses from Classical times such as Black Isis, Black Artemis, Black Cybele and the Black Venus; and finally in Black Sara, who is the tribal mother of the European gypsies.

Furthermore, this book links the many Black Madonna-centers in the South of France with Mary Magdalene, who was responsible for introducing a female friendly Christianity. Her presence is one of the explanations why France has so many more Black Madonna-centres than other countries. This book then traces the Black Madonna via the Merovingians, the Crusades, the Cathars and the  emplar Nights, culminating in her golden age in the 11th, 12th and 13th century, and explains why in later enturies she was destroyed, transformed and ‘whitewashed’ into a white Mary.

The Black Madonna has a black face, but sometimes displays white hands or is carrying a light-coloured Child. Symbolically speaking, she plays with Dark and Light and integrates this on both a collective and an individual level. By doing so, she is announcing a final end that at the same time will also be a new beginning; a new period of spiritual awakening.

Chapter 10 offers a impressive list of 450 Black Madonna centers in France with short descriptions, arranged by department. This renewed inventory makes this book unique. Now the Black Madonna’s of France (and the most important ones in surrounding countries) can easily be found.