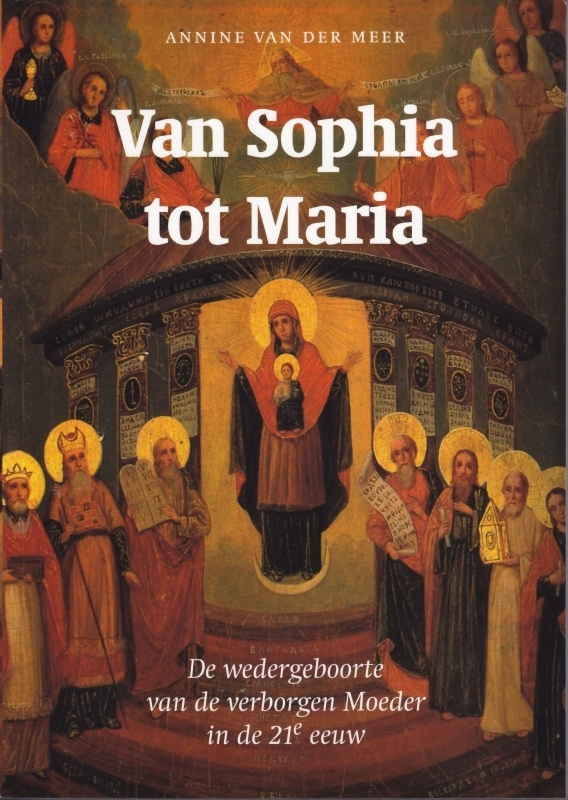 2008. 3 From Sophia to Mary. The Renaissance of the hidden Mother in the 21e century. The God of the Jews and the Christians also has - and has always had - a female side. Her name is Sophia. At one point she built her own temple where she prepared men and women to be aware of the divine nature within themselves. But Sophia was driven out of the temple and God’s female half, with all her cosmic knowledge, was eradicated. In this book theologian and historian of religion Annine van der Meer returns Sophia into the equation. Using myths, symbols, holy texts (canonical and apocryphal) and the experiences of mystics who have been in contact with Sophia, the author shows that the oldest image of God held by the Jews is male-female. This inclusive monotheism was familiar to Jesus and the fi rst Jewish Christians, but later disappeared from their traditions. Currently Maria is assuming a Sophia-like form and is developing into a female co-redeemer, mediator and intercessor. She is building a bridge between Protestants and Catholics, between Eastern and Western Christians, Jews and Moslems. This book can help to restore our lost image of God, man and the world and provide a foundation upon which a new image of God, man and the world can be developed. 478 pages with several full colour images, ISBN 978 90 77408551,