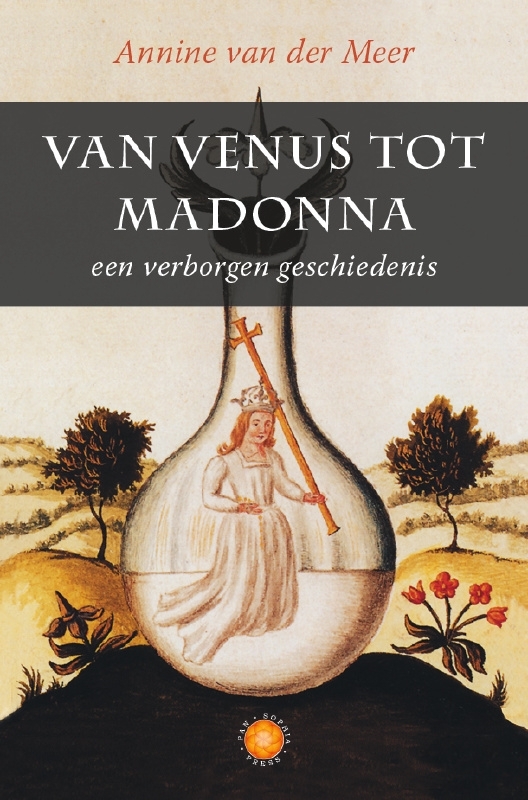 2006. 2 From Venus to Madonna. A hidden History. Did you know that we have long since forgotten that God was once married? Even more surprising, he still is; yet, we don’t know it! Once, there was a Mrs God, his wife. Historically, it seems that she was much more ancient than her husband. She manifested herself in the Stone Age as the primordial Mother, in all her glory, as evidenced by the numerous Venus statues from the Palaeolithic, Neolithic and later periods. It is summer. Autumn approaches. God the Mother who had manifested herself as the Mother Goddess is now past her prime. We follow her through Egypt, Mesopotamia, Syria, Canaan and Greece, as she is depicted in the various sources. God the Mother gives birth to a son, who gradually grows in stature, fi nally overshadowing his mother. Winter approaches. It heralds the downfall of God the Mother. Attention decidedly turns towards her son and her husband. The father gods are on their way! In many cultures, however, the many and various eventually fuse into the one and only, omnipotent God. In Christianity he becomes God the Father. The worship of God the Mother is forbidden and she is erased from the texts. In the goddesses Asherah and Eve she is murdered and demonized. In her daughter Sophia she is degraded and transformed into one of the qualities of God: his wisdom. In her earthly daughter Mary Magdalene she is despised as a prostitute. Spring approaches. Many images of God the Mother are excavated. In several sciences, such as archaeology, anthropology, theology, psychology and the arts, she begins to attract attention. It appears that God the Mother is hidden in her own images and symbols. In fact, she has never left us; we just didn’t recognize her symbols anymore. We stopped speaking the symbolic language of the Mother. Now it is time to remember. Let us welcome our ancient Mother, the hidden one. Let us welcome Mrs God. For more than three thousand years she has remained in obscurity. Today, she seems to have been reborn. She is back again! From Venus to Madonna makes you recognize the symbols of the hidden Mother and her daughters. The language of the Mother softens your heart, which has been hardened by the harsh and exteriorized cultures of the fathers. It enables you to put this phase of the development of human consciousness in a historical and symbolic perspective. At last you will come home. There you will fi nd your Father and your Mother in your deepest and most godly Self. From Venus to Madonna: A Hidden History