The Black Madonna from Primal to Final times 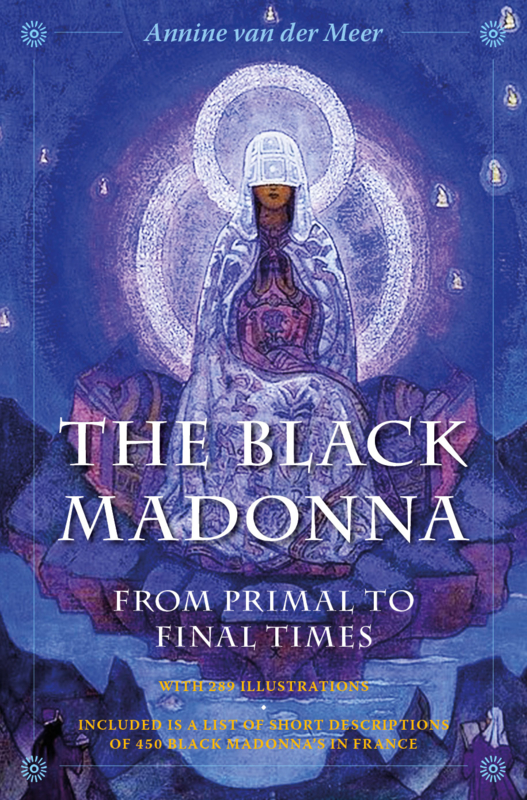 The Black Madonna from Primal to Final Times. The Mother of Light and Darkness and her daughter Mary Magdalene.
Included is a list of Short Descriptions of 450 Black Madonnas in France, Pansophia Press, The Hague, 2020.

(note: the book is available as ´Book on demand´in the English language by this link or by Amazon by this link.

To these questions, this book holds the answers. It traces the path of the Dark Mother from the primal Black Venus from prehistoric times along the Celtic and Oriental Black Goddesses in later times, to Mary Magdalene and the Black Madonna, her manifestations in Christian times.

The book researches from different perspectives the colour black in connection with the Dark Mother: cosmology, alchemy, depth psychology, neuro psychology, sacred geography and art history. She is the dark cosmic womb of the first light. In her dark and light work together.

After this exploration, the Black Madonna in this book is first en foremost the Mother of the ensouled Dark Earth.

Researching hundreds of French folk-tales the book shows that statues of the Black Madonna are found in remote and solitary areas in virginal soil, near a spring with healing waters, near a holy tree or bush, near a large megalithic rock, or a holy mountain or a dark cave.

These are power places with an increased energy level. It is in these places that her dark statue is often found by animals. Since millennia, the simple peasant folk finds healing and strength in these places.

Folklore has it, that when a statue of the Black Madonna is moved to civilization, she  returns, often as much as three times, to the power place in free nature where she was discovered. The book holds scientific explanations for the earth’s higher energy level at these power places.

The book traces the Dark Mother in France through the ages and civilizations. She manifests herself in the Black Venus from prehistoric times, in the Black Primal Mother Mari of the Basks, in the black Ancient Mother Ana of the Celts, in Oriental Black Goddesses from classical times like the Black Isis, the Black Artemis, The Black Cybele and the Black Venus or Aphrodite and finally in the Black Sara, the tribal mother of the European gipsies.

Further, a connection is made between the numerous Black Madonna centres in Southern France and Mary Magdalene, who brings to France a very early, hidden, cosmic and female friendly Christianity. Her presence and actions form one of the explanations of Frances disproportionally large number of Black Madonna centres in comparison to other countries.

Then the books traces the Black Madonna through the Merovingian period, the times of the Crusades, the Cathars and the Templar Knights to her hey-day in the 11th, 12th and 13th century.

Finally it is explained why nowadays the ancient shape of the Dark Mother returns in our consciousness globally. The Black Madonna’s face is black, but she sometimes shows white hands or carries a white Child. In a symbolical way she plays with Dark and Light and she integrates both on a collective and individual level. In this she announces the ending of an era that is, at the same time, a new beginning. A new era of spiritual evolution, in which mankind will become more aware of the energetic aspect of Mother Earth.

CV Annine E.G. van der Meer, PhD. is historian, theologian and expert on symbolism.
She is author of a number of key-note books on the concealed history of the sacred feminine and women. Her topics are women- and goddess studies.
Having built a strong foundation in her book From Venus to Madonna in 2006, Annine wrote six other books: From Sophia to Mary (2008); Venus is not a Vamp (2009) and The Language of MA the primal mother. The evolution of the female image in 40,000 years of global Venus Art (2013), with 1300 colour- and black-and-white prints in 592 pages; New Light on Nehalennia. Zealander Mother Goddess from the patriarchal history (2015) and The Three Ladies from Germany. The Matrons and Nehalennia, Mother Goddesses from patriarchal history. (2015).