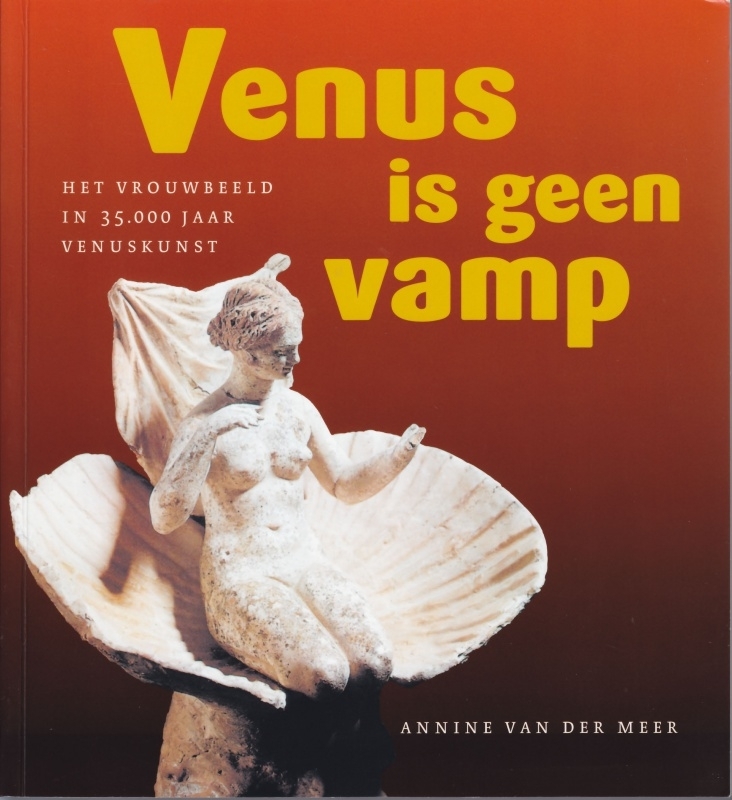 2009. 4 Venus is not a Vamp. The female image in 35.000 year Venus Art. The book Venus is not a Vamp is innovatory because of: 1. its revelation of the spiritual character of the Venus culture with its basic themes of life, death and rebirth; 2. the standard model developed by Annine van der Meer for the Venus culture from 35,000 to 10,000 BC as presented in the axle of feminine iconography over a distance of 8000 kilometres from France and Spain via Germany, Austria and the Czech Republic, Ukraine and Central Russia right as far as Eastern Siberia; 3. the standard model she has developed for the Venus culture from 10,000 BC onwards which enables a connection to be made between art from the early Stone Age (35,000-10,000 BC) and art from the new Stone Age onwards (after 10,000 BC), and countless analogies which are apparent over 35,000 years; 4. the sub-classifi cation of feminine sacral art from 10,000 BC onwards into two main groups (naturalistic and abstract) and various sub-groups. The abstract images – which previously were seen as genderless and not described as feminine - are now also featured. One of the sub-groups is the special classifi cation androgynes; 5. the fact that Annine van der Meer uses the characteristic symbols of the standard model to show that the Venus culture is to be found elsewhere in Europe as well as outside the Middle East and Europe. The hunter-gatherers and early farming cultures – both of which societies featured a strong feminine presence – spread this Venus culture across the world. Later this was to become eroticised and sexualised; Boek-Annine vd Meer-2013-2.indd 591 24-01-13 22:49 592 6. the placing in a historical framework of developments within the Venus culture in the Middle East from 10,000 BC to the year 0. This shows that whereas at fi rst the well-rounded sitting lady enjoys a respected position in society, during the Bronze and Iron Ages she is considerably slimmed down and loses her nakedness by being swathed in layers of clothing. This reveals how the position of the woman and the female image worsen against the backdrop of an increasingly complex society; 7. the demonstration that from the Iron Age following 1000 BC a male system of symbols was superimposed over the female system, and that the emerging monotheistic culture labelled feminine art as fertility cults and idolatry; 8. the following of various themes and their associated symbols - such as water, island, garden, mountain, cave, mating animals, trees, plants, parts of the body, clothing, hairstyle, headwear and posture – right across cultures and in a chronological line. The expansion of the patriarchalism of the themes from 1000 BC onwards can also be followed here. Venus is not a Vamp. The female image in 35.000 year Venus Art. 456 pages, ca. 1000 images in colour and black and white