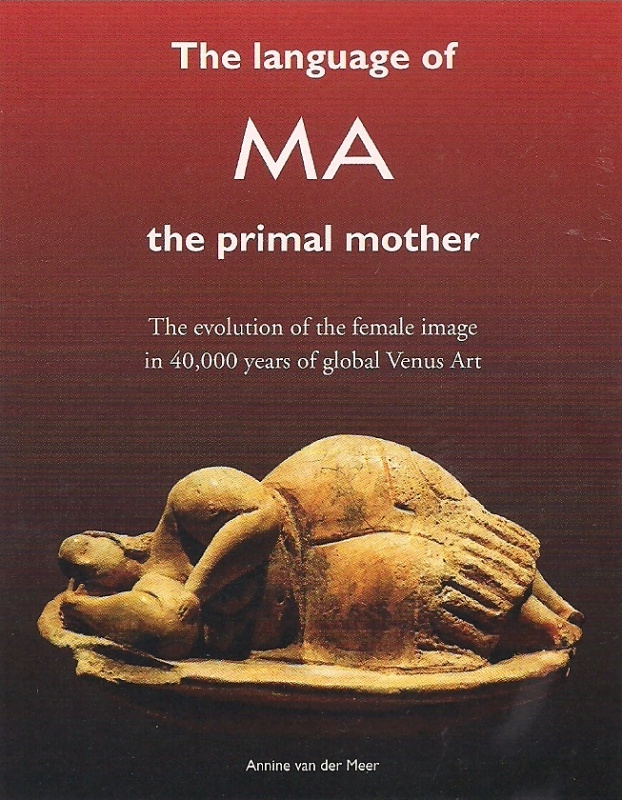 'The language of MA the primal mother. The evolution of the female image in 40,000 years of global Venus Art'

1300... feminine highlights and masterpieces from all over the world come together in one book.

1300... beauties, each provided with a number and a short description; the corresponding characteristics are linked to each other by numbers.

Price
For the unique price of € 41,45, postal costs not included. Estimated retail price 200 euro.
Donations and the help of volunteers made the production of this book possible. The author has published this book herself in order to keep costs down. May this book keep and carry into the world the energy of the first gift that made the production possible. May this first gift spread the contribution of the feminine to human evolution, again a great gift.

What this book offers you:

The language of MA is innovative: